The 2019 Laguna Festival was held at Laguna Woods Clubhouse 2, March 1-3, 2019, and it was a GREAT SUCCESS! The next festival will be held March 6-8, 2020 and it will be our 50th anniversary, so it will be a doozy! Legendary YVES MOREAU (who taught at our 25th Festival and will be teaching mostly Bulgarian dances, as usual) is already confirmed as one of the main teachers, as is young and energetic AARON ALPERT who will be teaching Israeli dances. There will also be CAMEO appearances by famous former festival teachers TOM BOZIGIAN and LEE OTTERHOLT. And the National Folk Organization (NFO) will be holding its annual conference in conjunction with the festival, so many dance leaders from all over the United States will be there. Registration is now open.  Make sure to register early because space will be limited! 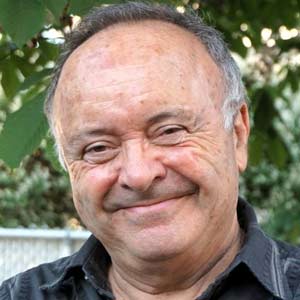 Yves Moreau lives in Montreal, Quebec, Canada and is recognized as one of North America’s foremost exponents of Bulgarian dance and folklore. He has travelled to Bulgaria almost annually between 1966 and 1986 to research dance and to record music in all regions of the country. He has also lectured and conducted workshops throughout North America as well as on numerous occasions in Belgium, France, the United Kingdom, Italy, Switzerland, Germany, Austria, the Netherlands, Sweden, Norway, Mexico, Brazil, Israel, Japan, Slovenia, Hungary, Taiwan, Hong Kong, Thailand, Singapore, New Zealand, and Australia.

From 1975 to 1985, Yves was special projects coordinator at the Canadian Folk Arts Council and also worked with Folklore Canada International , a private organization which coordinates cultural exchange programs and produces several international folk festivals in Canada. From 1986 to 2000, he was the coordinator of FCI’s annual Heritage International folklore workshop in Lachine (Quebec) and Cornwall (Ontario).

Yves who speaks Bulgarian has been a regular contributor to various folk music and folklore programs for Canadian radio and television. He has supervised recordings of Bulgarian folk music on the Balkanton , Worldtone , XOPO, Gega and BMA labels and has presented several papers at various conferences on ethnomusicology and folklore in America, Asia and Bulgaria. In 1980, Bulgaria awarded him with the Order of Kiril & Metodi (1st degree) for his work popularizing Bulgarian folk culture in North America.

Yves teaches mostly non-choreographed village material which he has collected during his many field trips. His teaching method is clear and thorough yet relaxed. A special emphasis is put on regional styles and background information. Above all, Yves wants to share his love for Bulgarian folklore and communicate the fun of dancing. Yves has also introduced and teaches folk dances of other Balkan countries as well as dances from Brittany (France) and his native Québec.

Yves has produced five (5) DVDs and matching audio CDs of his repertoire and has also released 3 CDs with some of his Bulgarian Village Recordings (1966-1972) on the BMA label. He also produced in 2003 a 2-CD collection of tunes by the legendary Bulgarian accordionist Boris Karlov (1924-1964) and just released (Sept. 2015) a new CD compilation dedicated to the famous Thracian clarinetist Georgi Koev. Yves is married to France Bourque-Moreau, an internationally-recognized specialist in children’s folkdance and music. They have three children. From 1998 to 2001, Yves was on the Board of Directors of the East European Folklife Center (EEFC) which organizes the annual Balkan Music and Dance Camps in the U.S.A. In 2006, Yves was the recipient of the of the San Antonio College (Texas) Folk Dance Festival Award and in 2007, of the «Preserving our Legacy Award» given by the National Folk Organization U.S.A. (NFO) for a Lifetime of Work and Achievement in Folk Dance and Folk Arts. In the summer of 2008, Yves celebrated his 60th birthday and 40 years of teaching Bulgarian Folk Dances and received the Presidential Medal and letter of congratulations from Bulgarian President Georgi Pârvanov. 2017 marks his 50th year of teaching Bulgarian fol dances around the world.

Yves has agreed to come out of retirement to help the Laguna Folk Dance Festival celebrate its 50th anniversary. (He also taught at out 25th anniversary!) We are very proud and honored that he agreed to teach for us!

Aaron Alpert started dancing before he was born! His parents met at Israeli folk dancing in Los Angeles, and his childhood is filled with dance memories — from participating in his first dance camp at the age of two months, to acting as his father’s “remote control” when he taught, to performing in Saturday night talent shows at the Camp Alonim for Jewish youth that takes place every summer just north of Los Angeles, California.

In his first year at UC Berkeley, Aaron became one of the instructors and the curriculum developer for Jewish Studies 98: The Israeli Dance DeCal. In January 2009, Aaron joined the teaching and music DJ rotation at Cafe Simcha, a weekly Israeli dance session held near Berkeley. He also sporadically substitutes for Loui Tucker and Karina Lambert at the larger South Bay Israeli dance sessions.

In October 2012, Aaron founded his own dance session, Nirkoda! (“Let’s dance!”). After the first 10 months in a small studio on the Stanford University campus, the evening dance party was popular enough to require moving to a larger venue, Temple Etz Chayim in Palo Alto, California. Aaron’s first appearance as a staff member at a dance camp was Camp Rikud in 2016. A few months later, Aaron hosted a workshop, Nirkoda Mi’Nona, featuring Nona Malki, an Israeli dance choreographer and teacher from Vancouver. Another venture, Nirkoda Ba’Kerem, is a weekend-long Israeli dance camp in Santa Rosa, Sonoma County, California, that will include wine-tasting and a guest choreographer, Yaron Malichi, flying in from Israel. Aaron has also taught at the Stockton Folk Dance Camp.